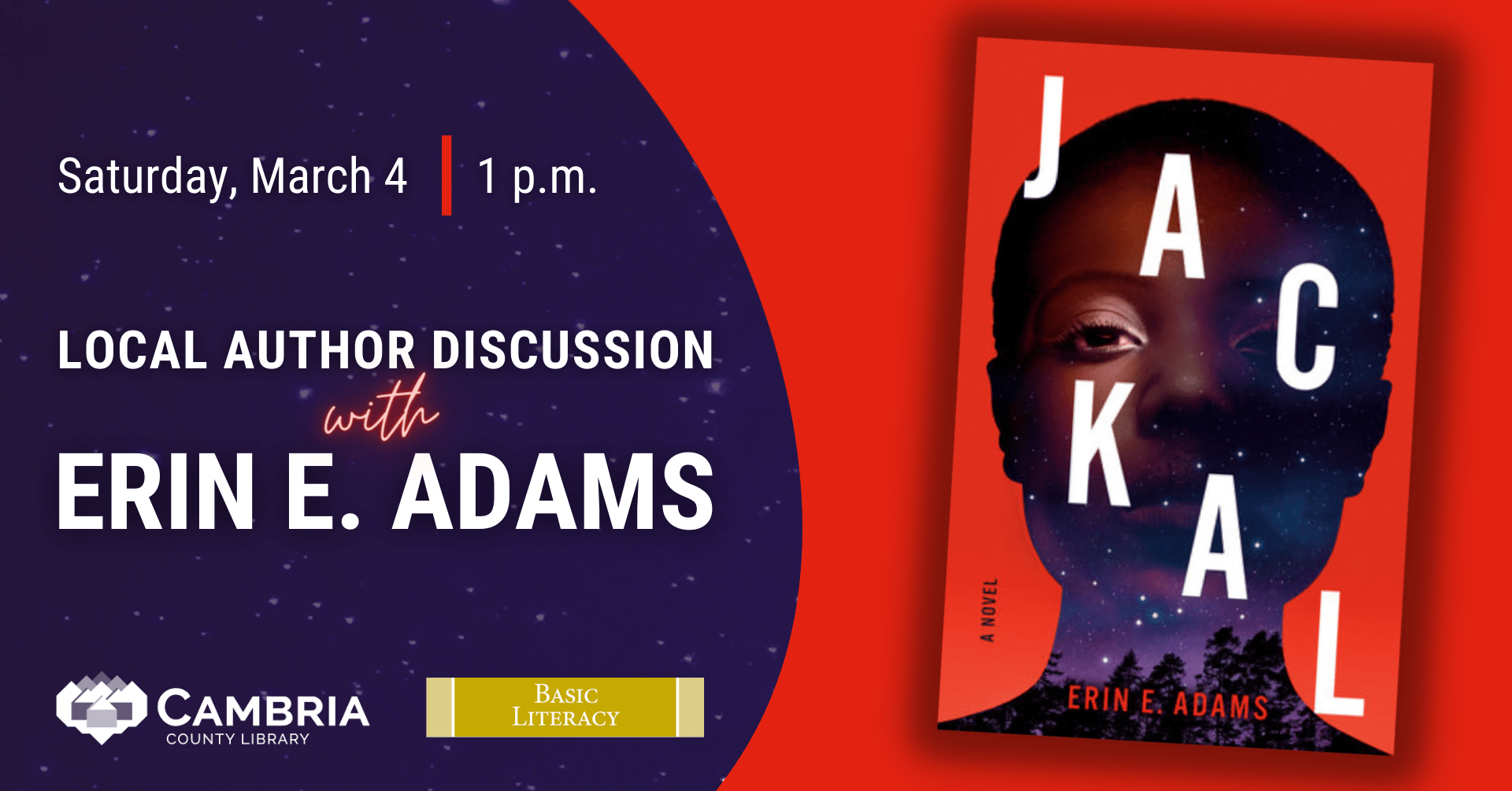 Johnstown native Erin E. Adams will be discussing her debut novel, Jackal. A book signing will follow the discussion.

Preregistration is required at bit.ly/MarchAuthorTalk

ABOUT THE BOOK:
A young Black girl goes missing in the woods outside her white rust belt town. But she’s not the first—and she may not be the last. . . .

“[A] stellar debut . . .an unforgettable gut punch of a horror thriller . . . This novel is a masterful and emotionally wrenching gem of Black storytelling.”—Publishers Weekly (starred review)
“Extraordinary . . . A terrifying tale of fears and hatreds generated by racism and class inequality.”—Associated Press

ABOUT THE AUTHOR:
Erin E. Adams, author of Jackal, is a first-generation Haitian American writer and theatre artist. She received her BA with honors in literary arts from Brown University, her MFA in acting from The Old Globe and University of San Diego Shiley Graduate Theatre Program and her MFA in dramatic writing from NYU Tisch School of the Arts. An award-winning playwright and actor, Adams has called New York City home for the last decade.