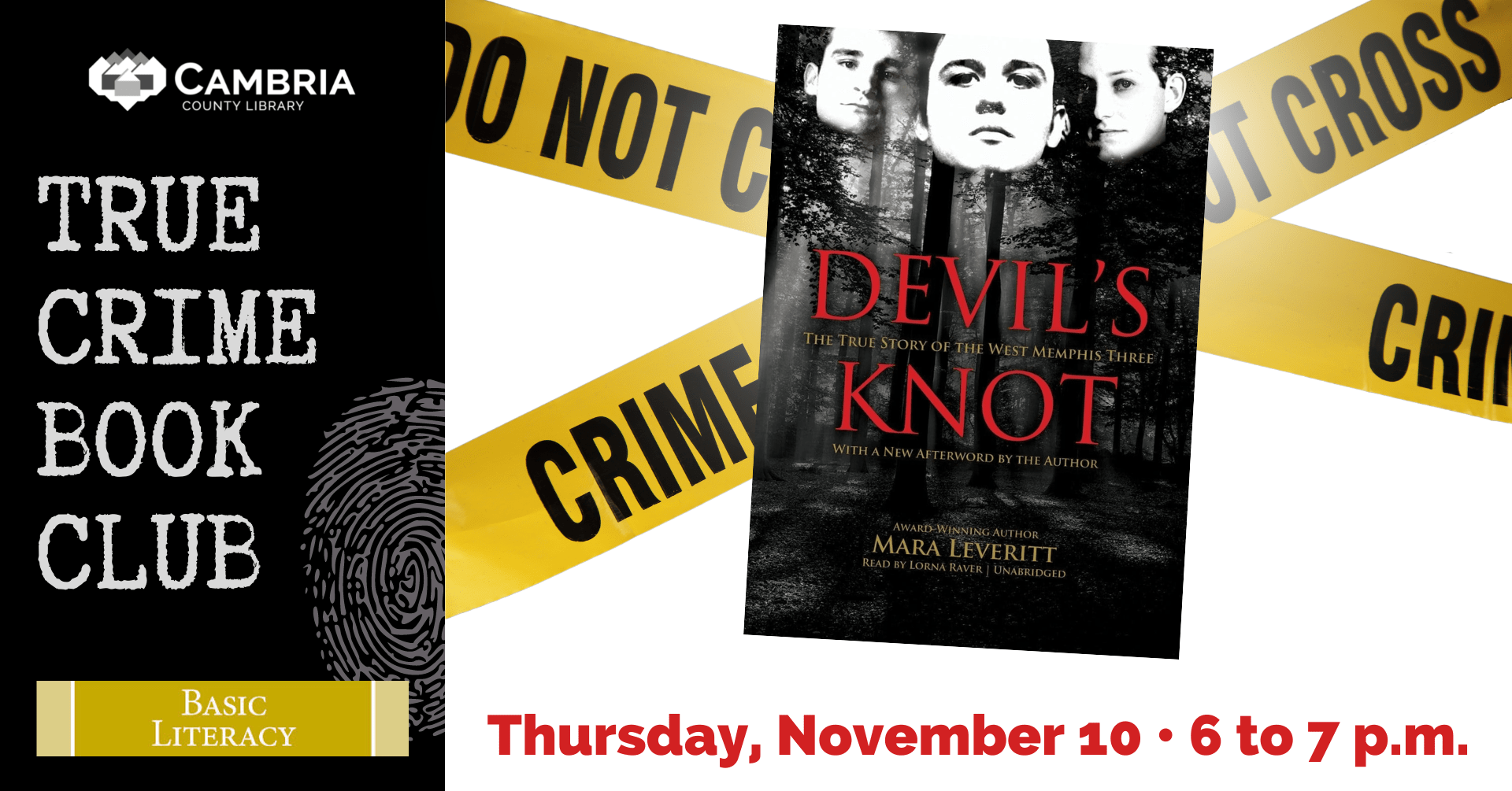 Join us for the second meeting of our new True Crime Book Club. The club will meet every second Thursday of the month.

For our November meeting, we’ll be discussing Devil’s Knot: The True Story of the West Memphis Three by Mara Leveritt.

In 2011, one of the greatest miscarriages of justice in American legal history was set right when Damien Echols, Jason Baldwin, and Jessie Misskelley were released after eighteen years in prison. Award-winning journalist Mara Leveritt’s The Devil’s Knot remains the most comprehensive, insightful reporting ever done on the investigation, trials, and convictions of three teenage boys who became known as the West Memphis Three.

For weeks in 1993, after the murders of three eight-year-old boys, police in West Memphis, Arkansas seemed stymied. Then suddenly, detectives charged three teenagers, alleged members of a satanic cult, with the killings. Despite the witch-hunt atmosphere of the trials, and a case which included stunning investigative blunders, a confession riddled with errors, and an absence of physical evidence linking any of the accused to the crime, the teenagers were convicted. Jurors sentenced Jason Baldwin and Jessie Misskelley to life in prison and Damien Echols, the accused ringleader, to death. The guilty verdicts were popular in their home state, even upheld on appeal, and all three remained in prison until their unprecedented release in August 2011.

With close-up views of its key participants, this award-winning account unravels the many tangled knots of this endlessly shocking case, one which will shape the American legal landscape for years to come.